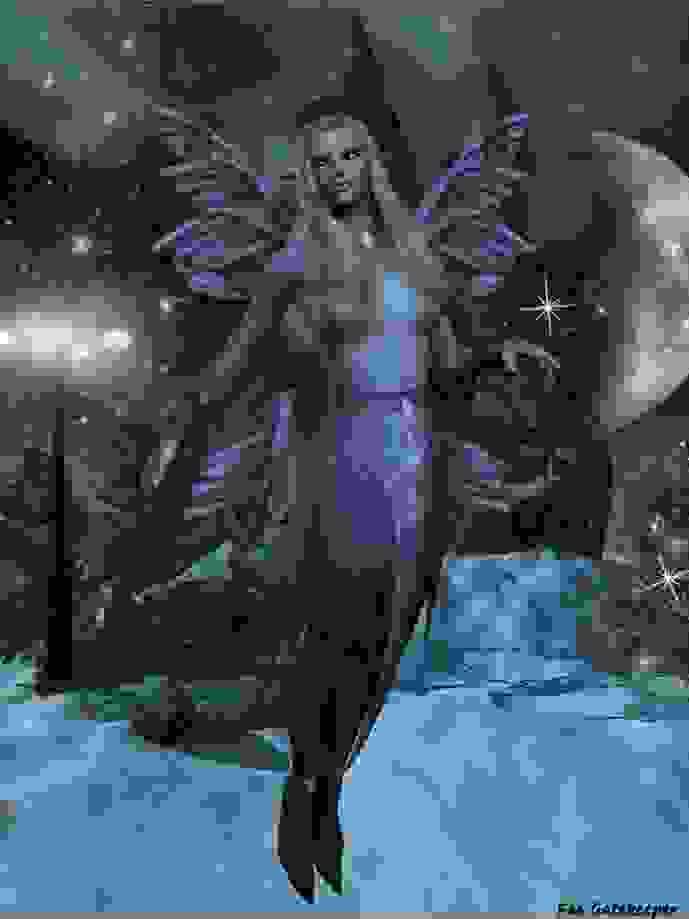 Cold, dark and isolated from Central Europe, Finland is often seen as a boring country that offers no folklore and legends fae lovers might enjoy. Fortunately, this is not true as the Finns stand proud of their epic tales such as The Kalevala, along with many others that reveal their life and culture next to the region of the Baltic states.

But life and culture is not all of what we may find if we look into this area of Scandinavia. The Finns believed in the 'little people' at one point in their history. Besides the myths of the Nokke and Nereides that frequented the waters of Sweden, the Finns knew the fae who lived in their motherland. Gnomes in Finland were known as the Tontti who frequented the forests and especially tall trees. Like the Gnomes of English lore, the Tontti were wise at an early age and lived hundreds of years to become wiser. They were kind creatures who knew well of medicinal herbs, so the Finns held them with great respect even though the Tontti rarely appeared to them.

Another kind of fae the Finns believed in were the Tomtra. They were household fairies (Numina Dommi) who adorned themselves with small green caps and brown trousers. Like Brownies, they often helped around the house but had a less likeable disposition. If the humans of the house were seen as 'sloppy' by him, they often suffered greatly with being tormented for years by the little man. A Tomtra normally brought good luck, but he demanded that he reside in the same home of a Finnish family, and expected the place be kept squeaky clean after he did his chores in the house.

And if the Tomtra wasn't vindictive enough for you, the legend of the Neck is known well. Called a Nakki in Estonia, Necks have the ability to shapeshift into beautiful creatures that are well known for seducing men and drowning them. Though it's hard to determine their sex, their singing and harp playing create an uncanny charisma that no one can avoid. If a beautiful figure is seen in lakes or streams, the Finns knew well to leave the Necks alone unless they sought to be mesmerized by their lush lyrics, and have their family find them dead days later.

So Finland, like many other countries of Europe, has its own lore and legends to share with the rest of the world. Warmed by the Baltic sea and famous for its gorgeous summer, the Finns enjoy their myths of the little people with each passing generation. Though technology may create a separation from nature, many people still remember the Tomtra, Tontti, and the Necks as folklore is not forgotten in this Scandinavian land.